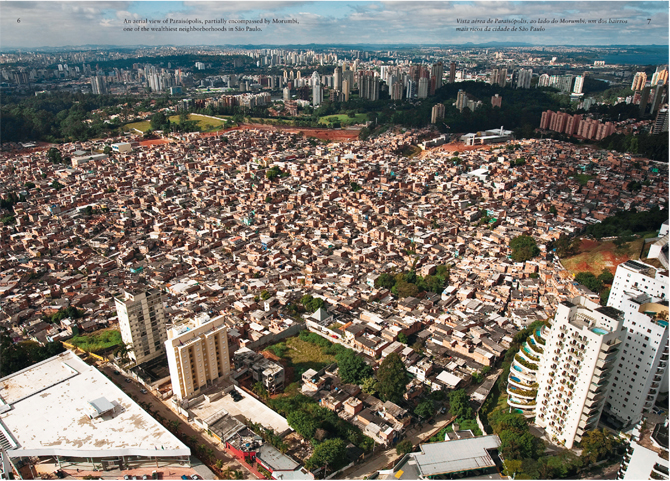 BACKGROUND
The São Paulo Architecture Experiment was the first iteration of the Re-act Lab programme at ANCB. The specific goal of Re-act Lab is to learn from positive examples from contemporary urban realities throughout the world. ANCB serves as a catalyst: capturing the immense potential that lies in the sharing and combining of knowledge from different professional fields and sectors, such as industry, governance, and education. Collaborating with Urban–Think Tank’s S.L.U.M. Lab, SEHAB (Secretaria Municipal de Habitação São Paulo) and Doppelmayr, our team identified the informal settlement of Paraisópolis in São Paulo as the project site. Advances in the creation of informal public spaces, but also the problems the area still faces in terms of the provision of public utilities and public transportation for its residents, make Paraisópolis an excellent case study.

Together with our partners, ANCB assembled a group of leading experts and asked them to respond to the challenges this informal settlement is facing today. Over the course of two days we hosted talks and debates that were open to the public and involved international experts, as well as local experts from São Paulo. Eduard Kögel, Marcos L. Rosa, SEHAB, and Alfredo Brillembourg and Hubert Klumpner from U-TT, co-lead an 11-day design studio, involving 18 master-level students from eight countries (including Brazil, USA, Hungary, and Jordan), who were selected in an open call. Their projects dealt with a wide range of topics, such as micro infrastructure, housing and transportation. The resulting proposals included suggestions for integrated waste management, as well as harnessing urban agriculture for both community building and local food production. All of the proposals were discussed during a public presentation.

This publication presents all the projects’s elements and stages. It summarizes the perspectives that our collaborating partners have on the challenges at hand. It also includes background information about the design studio and presents reference projects and the exhibitions which were shown in conjunction at the Aedes Architecture Forum.

To order, please send an email to: rb@aedes-arc.de