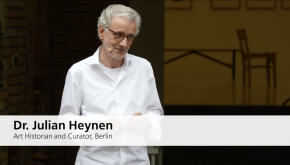 The disintegration of landscapes and architectures and the ensuing loss of social and cultural experiences are central to photographer Ursula Schulz-Dornburg’s work.

The exhibition shows five sequences of her search for traces: the first cycle depicts the rock caves of Syrian monks on the Georgian-Azerbaijani border. Fractured land as if covered by waves, in which the entrances to the low-lying monastery rooms are hidden. The photographer talks about this in the video.

Next is the group of works on Iraq: the Ma'dan empire was one of the oldest cultural peoples still existing at that time. A world of water, sky and horizon. On small islands the nomadic light architectures made of reeds. The photographer was aware that the houses and their inhabitants would disappear for political reasons. In 1993, Saddam Hussein began to destroy the culture of the Ma'dan by draining the swamps and expelling the people, water and earth were contaminated for generations by enriched uranium.

A third cycle in the exhibition shows the architectures of the Tana Toraja in Sulawesi with their overhanging roofs. The focus of these photographs is the rice storehouse, the lumbung, in its original meaning as a place of community. Documenta Fifteen translates its history into structures of contemporary networking. The Lumbung as a collective place of sharing, political and cultural debate.

The works on the Bugis Houses in Celebes, published for the first time, form the fourth cycle. They were dwellings for rice farmers and shelter from both the natural and supernatural worlds. Each house was modelled after the human body and contained three worlds. The general Bugis origin myth, which is not confined to any particular kingdom, stands at the beginning of one of the longest written epics in world literature, La Galigo. Its various episodes – put to paper in the Bugis Lontaraq script – are together about one and a half times as long as the Indian Mahabharata epic. The publication by Mack Books refers to this and accompanies the exhibition premiere.

For the fifth cycle, the Aedes catalogue has been produced. The photographer's path leads from Sanaa to Mar'ib in Yemen. "The whole country a system of symbols", writes Peter Kammerer in the catalogue, which is accompanied by the DVD of a talk at the British Museum about early cultures in Yemen, writing, empire, archives, research and European collecting. 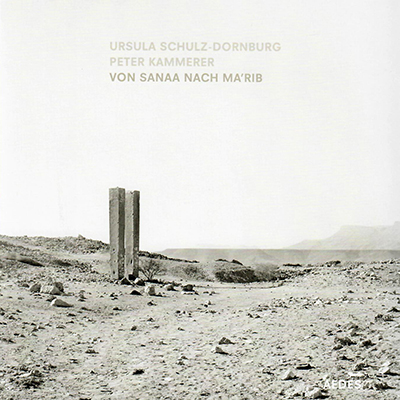